Karen McDonnell didn’t want to be a nurse. In fact, she turned down a nursing scholarship after high school in favor of studying biology and chemistry. After graduation, she went to work in a research lab.

Although she enjoyed her work, something about it didn’t quite fit. That’s when McDonnell discovered her true calling in a most unusual place.

“I volunteered on an ambulance in New York City, and it changed my life,” she says. “As an emergency medical technician, I worked side by side with physicians and nurses in crisis situations. Those dramatic experiences helped me to appreciate nursing for the profession it is.

“Nurses had a unique contribution to the care of patients and families. The work seemed important to me, and I decided that I wanted to work directly with critically ill people.”

So McDonnell headed back to schosol — this time for a nursing degree.

As part of her clinical coursework, McDonnell cared for critically ill cancer patients at Memorial Sloan Kettering Hospital. She found herself very impressed by the highly skilled clinical nurses working the bedside with her.

“Many of them had advanced degrees and worked as members of interdisciplinary teams along with scientists,” says McDonnell. “After graduation, I knew I was destined to work in a research-focused cancer care environment.”

Years later, McDonnell is a pioneering nursing and cancer researcher who has won nine highly competitive grant awards totaling more than $1.6 million from local, national and international funding agencies. She has dedicated her professional life to improving the lives of individuals with lung cancer and their family members. In particular, McDonnell focuses on the development and testing of behavioral modification interventions.

Nurses had a unique contribution to the care of patients and families. The work seemed important to me, and I decided that I wanted to work directly with critically ill people.

“Over the years, I’ve learned an valuable lessons from patients and families,” says McDonnell. “My philosophy about life and nursing have been shaped by these relationships. My experiences have influenced my research.

“For example, I’ve learned over and over again that most individuals with cancer do not make important decisions in isolation. There is usually someone or others in their lives who will either be impacted by their decisions or will impact their decision. This lesson has influenced my research in that I target not only survivors in my research studies, but family members, as well.”

As the focus of cancer care has shifted from mortality to preserving the highest quality of life possible, McDonnell and other researchers have gained tremendous insight from their work with patients.

“Several decades ago, we heard explicitly from patients and families that although they were very interested in living longer with cancer, they were equally interested in an improved quality of life,” she says.

McDonnell’s research focuses on the development and testing of interventions that help individuals make critical behavior changes such as smoking cessation, increased physical activity or improved stress management that may reduce symptoms such as breathlessness, fatigue and stress.

McDonnell knows behavior change is challenging and that the challenge has greater intensity if family members or friends support an unhealthy behavior.

“Family members and friends have been identified as major barriers to behavior change,” she says. “Research that examines the influence of family members or close friends is limited, but emerging research is promising. If someone with cancer modifies their unhealthy behavior, they may live longer with an improved quality of life. That inspires me!” 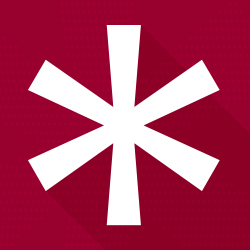