*The following content was taken from the historical display in the lobby of Hamilton College. Transcribed by John Allen*

As the United States was nearing the end of the Great Depression, enrollment at the University of South Carolina had grown to more than 2,000 students. With funding assistance from the Works Progress Administration, leaders in the campus naval training programs and university administration commissioned Hopkins and Baker Architects from Florence, South Carolina to design a new Naval ROTC Armory and classroom facility. A review of the original plans showcases a drill hall, rifle ranger, armory, and tank storage area in addition to education and administration spaces. The balcony overlooking the drill hall was designed in the shape of a ship’s bridge. A final drawing revision occurred on Dec. 6, 1941, the day before the bombing of Pearl Harbor.

Once the United States entered World War II, universities across the country, including the University of South Carolina, experienced sharp declines in enrollment. However, construction of the new building continued and was completed in early 1943, providing a much-needed facility that would provide both crucial military training and help to sustain enrollment during the war years. The new facility was named Hamilton College in honor of Paul Hamilton (1762-1816), a former South Carolina governor who also served as U.S. Secretary of the Navy.

With World War II in full swing, Hamilton College became the hub of campus activity. By August 1943, more than 1,300 men were participating in one of the Navy’s three intensive training programs. The university provided facilities for the V-5 Naval Flight Preparatory School and the Civil Aeronautics Administration War Training Service Program as well as accommodating Carolina students who were participants of the V-12 Naval College Training Program. With the volume of students in uniform at the time, the campus had the appearance of a naval base and all campus vacations and holidays were suspended with the exception of Christmas Day to accommodate the accelerated class schedule. A total of 1,944 men were trained at the University of South Carolina, and a 1948 survey estimated that 5,463 USC alumni served between 1940 and 1946, with 140 killed or missing in action.

Following World War II, Hamilton College continued to serve as a home for the Naval ROTC program as well as providing classroom space for various academic units, including the College of Engineering. Even in the post-war years, it was not uncommon to see students and faculty near Hamilton College in naval uniforms.

On Sept. 11, 1963, Robert Anderson, Henrie Monteith and James Solomon became the first three African American students to enroll at the university since Reconstruction. The students received advisement at Osborne Administration building and then registered and paid fees at Hamilton College. The three students then held a news conference in the building, with curious onlookers sitting in the open windows of the ground floor.

Hamilton College was damaged during student unrest in spring 1968, following the April 4 assassination of Dr. Marin Luther King Jr. Throughout Columbia, more than 30 fires were set, including one in Hamilton that caused more than $156,000 in damages. The September 17, 1968, edition of The Gamecock documents workmen “racing against time” to repair Hamilton College in time for fall classes.

In fall 1971, student unrest again targeted the building as protestors spray painted antiwar slogans on the anti-aircraft gun displayed in the armory. The Gamecock referred to this as “The incident at the gun.”

In September 1973, the Naval ROTC office and classroom facilities were moved to Flinn Hall. Hamilton College continued to serve as training space for NROTC students until the program was relocated to the Naval Reserve Center at Pickens and Wheel Streets in 2006. The building also continued to be used as a classroom facility for a variety of groups as well as serving as a location for dances, speakers, job fairs, and other meetings and events.

In summer 2014, Hamilton College was vacated to undergo extensive renovations, including restoration of the original wood windows, addition of a floor in the original armory building, repurposing of the original drill hall wood flooring, addition of central heat and air conditioning, fire sprinkler and fire alarm systems, and general aesthetic upgrades. The design incorporated many of the drill hall concrete arches and included the new entry space. The College of Social Work became the new occupant of the old armory building, and the departments of anthropology and psychology became primary users of the classroom wing of the building, although multiple other colleges also schedule classes in the facility. In fall 2015, Hamilton College reclaimed its role as a hub of campus activity. 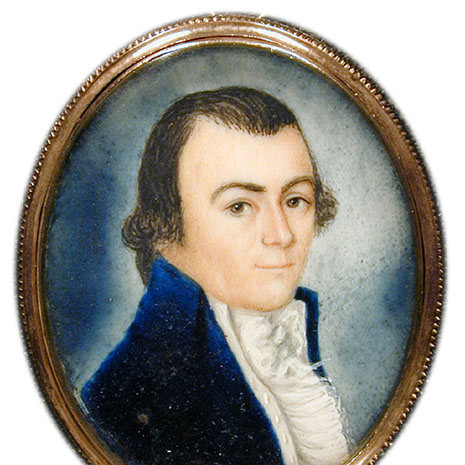 Painting by Pierre Henri; Courtesy of the Gibbes Museum of Art