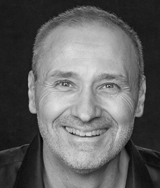 Frank Fehle is a visiting professor of finance at the Darla Moore School of Business. He is also the founder of Ox Galton Partners Limited, a financial research and consulting firm based in Jersey, CI.

Before joining the university, Frank worked for eighteen years in quantitative investing spanning institutional asset management, proprietary trading and hedge funds. Most recently, he was a managing director in the Global Quantitative Strategies (GQS) business at Citadel Investment Group based in London. During this time, he also served on Citadel Europe’s operating committee. Prior to joining Citadel, he was a partner and head of quantitative equities at BlueCrest Capital working in Geneva, London, and Jersey (CI). Previous to BlueCrest, he was a managing director at ATD (a Citigroup company) based in Charleston, and served as managing director and co-head of Europe in the active equity business of Barclays Global Investors (now BlackRock) in London. He is a frequent speaker at industry conferences on quantitative investing, and also served on the Federation of European Securities Exchanges Advisory Council from 2004 to 2015.

Before embarking on his industry career, Frank was a tenure-track assistant professor of finance at the Darla Moore School of Business from 1999 to 2003. His research has appeared in leading peer-reviewed academic journals such as the Journal of Financial Economics, Financial Management, and the Journal of Banking and Finance. Several of his research papers have been recognized with grants and awards, including the Josseph de la Vega Prize 2003, the Caesarea Award for the Best Paper on Risk Management at the 2003 Western Finance Association meeting, the Sheth Foundation Award for the Best Paper published in the Journal of the Academy of Marketing Science in 2006, the Pearson/Prentice Hall Prize for the Best Paper published in Financial Management between fall, 2008 and summer, 2010, and the Emerald Citations of Excellence Award 2013.

His current research interests are focused on empirical asset pricing with a secondary focus on equities market microstructure.