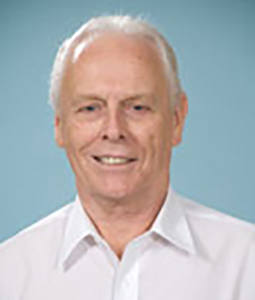 John T. Addison is Research Professor in Economics and Hugh C. Lane Professor of Economic Theory Emeritus at the University of South Carolina. He is a research fellow at the Center for Labor and Employment Law at New York University, the Institute for Employment Research (IAB) of the German Federal Labor Agency in Nuremberg, and the Institute of Labor Economics (IZA) in Bonn. He is also a senior research fellow at Rimini Center for Economic Analysis and a member of the Kuratorium or Board of Trustees of the Institute for Labor Law and Industrial Relations in the European Union (IAAEU) at the University of Trier.

Addison is a labor economist and was educated at the London School of Economics (B.Sc., M.Sc., and Ph.D).

He published widely in major economics and labor journals, such as the Economic Journal, the Journal of Human Resources, the Review of Economics & Statistics, the Journal of Labor Economics, the American Economic Review, Industrial and Labor Relations Review, and Labour Economics. He has also authored or edited some 15 books, including The Economic Analysis of Unions: New Approaches and Evidence (with Barry T. Hirsch); Job Displacement: Consequences and Implications for Policy; The International Handbook of Trade Unions (with Claus Schnabel); and, most recently, The Economics of Codetermination: Lessons from the German Experience.

His current research interests include worker representation; the quality of employer-employee job matches; minimum wages; the erosion of collective bargaining in Germany and its consequences; high dimensional fixed effect wage regression models; and aspects of female pay and career progression.