The Hodges Forum: A conversation with Moncef Marzouki, former president of Tunisia

H.E Mohamed Moncef Marzouki, the first democratically elected president of Tunisia after the January 14th Revolution in 2011, shared his experiences and offers his insight on the future of democracy in the region during the March 21 The Hodges Forum on International Affairs: The Jasmine Revolution and the Future of the Middle East.

Occupying a middle ground between secularist and Islamist political standpoints, H.E. Moncef Marzouki was instrumental in creating a dialogue between all political, social, and religious tendencies in Tunisia, clearing the ground for an inclusive, stable, and consensus-based Tunisian democracy to take root. 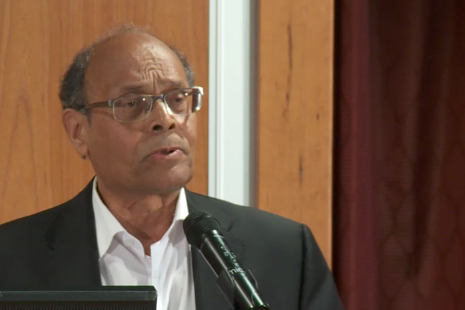 The Hodges Forum on International Affairs

A conversation with Moncef Marzouki, former president of Tunisia, on "The Jasmine Revolution and the Future of the Middle East"