A life-long dream. Her parents’ support. University resources. And aspirations to serve.

It wasn’t just one factor that led to Abby Delnoce receiving one of the nation’s most respected STEM student awards. But, through the support of her family and the UofSC community as a whole, Delnoce has received the Department of Defense’s SMART Scholarship.

The scholarship will cover tuition expenses for her remaining time at the University of South Carolina. It will also provide her a yearly stipend up to $38,000, a paid internship with the Air Force in the summer of 2021, and a guaranteed job with the Department of Defense following her graduation in December 2021.

“It’s unreal,” says Delnoce, a computer science and mathematics double major. “Just because my dreams are finally coming true and in a way that I didn’t expect. I didn’t expect to work directly with the DoD. I always thought I’d be a contractor or indirectly helping with the defense industry. But here I will be, in the labs, actually applying my degree.”

Since Delnoce was 8 years old, she knew what she wanted to study. Her father, Anthony, was a mechanical engineer and worked at Northrop Grumman as a project manager. When she was young, her father introduced her to math and science, and as she grew up, he showed her how her schoolwork related to the programs he managed.

“I just hope that whatever I end up doing in the Air Force research lab helps the actual airmen in their missions. I’ve always thought about going into the Air Force, too, but the fact that I can help them indirectly, I still feel as if I am serving in a non-direct sense."

So, when college decision time came around, she knew two things: she wanted to study computer science and, one day, she wanted to work in the defense industry. What she didn’t know was which university she would attend.

That all changed, though, with a quick stop in Columbia, South Carolina, and an unofficial walk through campus with her family.

“I fell in love with the campus, Willy B, all of it,” she says. “So, we were actually visiting a couple schools on the drive, and when we were driving back, I asked, ‘can we stop one more time at South Carolina?’ Because I just really, really liked it, and I couldn’t stop thinking about it.”

Delnoce first heard about the SMART Scholarship during an initiation meeting to her honors society, Tau Beta Pi. She doesn’t remember which member she spoke with about it, but she does remember the thoughts racing through her head as she learned about the scholarship. When she heard that she had to work for the military for two years after receiving the award, she was sold.

The application process for the scholarship was arduous, but it all became worth it when she received an email in March announcing her as a semifinalist for the scholarship and inviting her to the Air Force Research Laboratory in Dayton, Ohio, for an interview.

“I was like a little girl on Christmas, just freaking out. I called my dad, my mom and my sister immediately and they just shared the excitement,” she says.

After she officially received the award, she was excited. But not nearly as much as her biggest supporter.

“He was like a little boy on Christmas Day,” she says with a laugh as she remembers her dad’s reaction. “He was so excited for me.”

Without the support Delnoce received from her family and the UofSC community, none of this would have been possible. At South Carolina, she was inspired by her faculty advisor, Casey Cole, pushed by her professors, most notably Qiang Zeng, and supported by her coaches of the Carolina Girls Dance Team, Lindsay Sprague and Tori Beach. She also took advantage of the all the university resources available to her: attending career fairs and consistently visiting the career center.

This inspiration and support allowed her to flourish, and the classroom rigor pushed her in a way that she “didn’t even know [she] needed to be pushed.” And, it all led to her being the fourth Gamecock to ever receive the DoD’s top student award.

Now, Delnoce’s focus has shifted from dreaming to doing. Her goal is to help preserve the safety of her country, and the people protecting it.

“I just hope that whatever I end up doing in the Air Force research lab helps the actual airmen in their missions,” she says. “I’ve always thought about going into the Air Force, too, but the fact that I can help them indirectly, I still feel as if I am serving in a non-direct sense, which is just a good feeling. And I really hope that whatever I end up doing I make an impact for them and I make their lives easier to help protect us.” 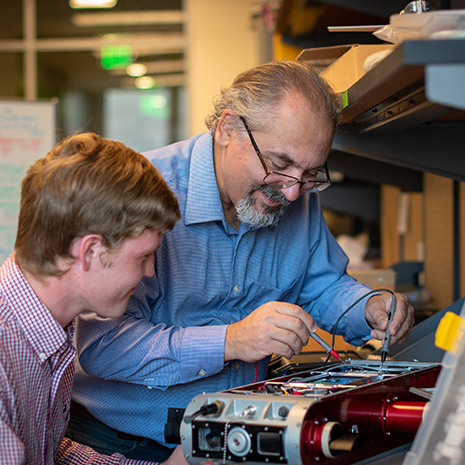 Ioannis Reklietis received a 2020 NSF Early CAREER Development Award to continue his research in underwater robotics. Through a three-pronged approach, Rekleitis plans to increase the autonomy of his robots to allow for improved shipwreck mapping, coral reef monitoring, and underwater cave exploration and surveying. 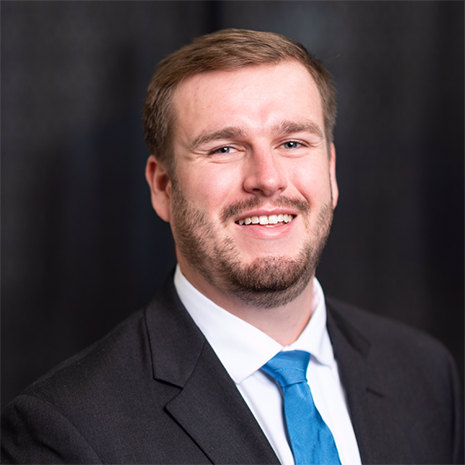 IIT student receives ‘once in a lifetime’ research opportunity

Nathan Bohmer was awarded the Mitacs Globalink Research Award, which will send him to Canada to perform world-class eye tracking research.