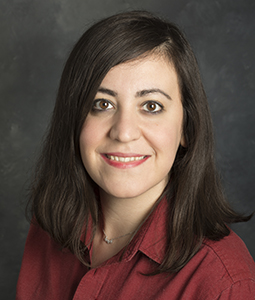 Elif Karsli-Calamak is an assistant professor in early mathematics education at the Department of Instruction and Teacher Education.  She began her teaching career in a public kindergarten in Turkey. Later as a Fulbright scholar, she received her doctorate in Early Childhood Education from the University of Georgia. Her doctoral studies focused on children’s embodied mathematical practices in and out of school contexts and family perspectives on early mathematics education. Currently, she has an ongoing research grant funded by The Scientific and Technological Research Council of Turkey about supporting teachers of Syrian refugee children in public schools in Turkey and collaborating with refugee families with a focus on mathematics education.

Karsli-Calamak, E. & Allexsaht-Snider, M. (in press). Manifestations of mathematics within the power dynamics in a Pre-K classroom. Teachers College Record.

Karsli, E. (2014). Home-school connections in a multicultural community: Learning from and with culturally and linguistically diverse families (Review of the Book). Journal of Family Diversity in Education, 1(1), 75-78.

Allexsaht-Snider, M., Karsli, E. & Kayumova, S. (2013). A bilingual approach to developing English for academic purposes in Science and English as a Lingua Franca with young adolescent immigrants and their families. In Y. Bayyurt and S. Akcan (Eds.), (Full Paper) Proceedings of the Fifth International Conference of English as a Lingua Franca, (pp. 233-240). Bogaziçi University Press.