Students in Tim Swick’s classroom encounter artificial intelligence, robotics, virtual reality and even Minecraft. Always tinkering, he is fascinated by the science of how things work and pushes his students to think beyond the content and really connect to the material.

His teaching motto was modeled after the words of Confucius, “I hear, and I forget. I see, and I remember. I do, and I understand.” Swick (’20, educational practice and innovation) best incorporates this motto through hands-on lessons.

One might think that Swick grew up with dreams of being an engineer or inventor, but those options were not obvious to him as a young boy, and although his father and mother were educators, teaching was certainly not his plan. As an undergraduate, he studied journalism and began his career at a newspaper. When the newspaper industry began struggling as more readers embraced the online world, Swick decided to pursue a master’s in teaching.

“When my plans were not panning out in (in journalism), my dad reminded me I could reconsider a career in education. He convinced me to return to the university, and I finished my masters of teaching in 2001,” Swick says.

Always characterized by curiosity, Swick recognized his elementary and middle school students had the same inquisitiveness about their own worlds. He knew he would be most effective with those ages and brought his outside interests into the classroom. From kites to photography, Swick never hesitated to think past the traditional learning environment.

“I remembered what school was like for me,” Swick says. “I felt like I didn't always connect with concepts until I actively engaged with them. As far as my learning style went, I tried to match what I did as a teacher, to what I felt like I needed more of as a student.”

Because of his innovative teaching style, he was chosen by the Richland County School District Two to teach in the “classroom of the future.” In 2005, the classroom of the future featured desktop computers for every student and a color printer. Now, his students have individual Chromebooks or tablets, but his methods are the same.

“Simply using technology doesn't mean you're improving your students’ learning,” Swick says. “Maximizing learning through technology is not as easy as it sounds. A direct replacement of a task will not work. You have to elevate and challenge your students to take it further for them to find it interesting.”

Swick’s principal did the same thing for him professionally by encouraging him to pursue his doctoral degree and impact the school’s curriculum at a larger scale. He discovered the College of Education’s program with a focus on innovation and knew immediately what his next steps would be.

“I have spent more than 22 years looking for ways to innovate within my classroom,” Swick says. “This is what fulfills me as a teacher. My interests revolve around finding new and better ways to improve our instruction and motivate students.”

He knows that motivated students are successful students. He focuses on connecting their interests to future careers and giving his students an awareness of what is possible.

“I’m not saying that we need to make fifth graders decide what they are going to be for the rest of their life,” Swick says. “They definitely need to know what their options are and what strengths they have that can be cultivated. When I was in high school, I never would have thought of myself as being able to do something in a field of engineering or computer science, even though I had interests in those fields. I want my students to see their possibilities.”

While Swick may not have imagined his current career, he knows that skills in computer science are applicable globally across all professions. At Sandlapper Elementary Computer Science Immersion School, students develop computational thinking and discover how computers can assist in problem solving. Swick emphasizes that computer literacy is important for students’ future success.

“I think this knowledge is very connected to equity,” Swick says. “This area of study and practice has been relegated to a specific set of people with a particular background. I want to do what I can to strengthen the field. I know that my students will qualify for jobs that are in high demand and are well-paying because of what they are learning now, and I want that to be available to any student who has an interest.”

While its pervasiveness gives most students an awareness of technology, few understand how it actually works, Swick says. By removing some of the mystery around concepts like artificial intelligence and virtual reality and encouraging experimentation, he hopes to develop students who are not use technology but also create and build it.

For example, Swick says the game Minecraft is helpful in the classroom by giving students the opportunity to re-create what they are learning.

“This past week, one of our classrooms was using Minecraft to re-create scenes from the book they just read,” he says. “They were building characters, exploring the setting and making their own plots. It was really allowing the students to dig deeper beyond the words on the page.”

Swick hopes that by making his students early adopters, they will be encouraged to build a better virtual world and even be prepared for careers that do not yet exist.

Visit our program webpage for more information on the 100 percent online Ed.D. in Educational Practice and Innovation. 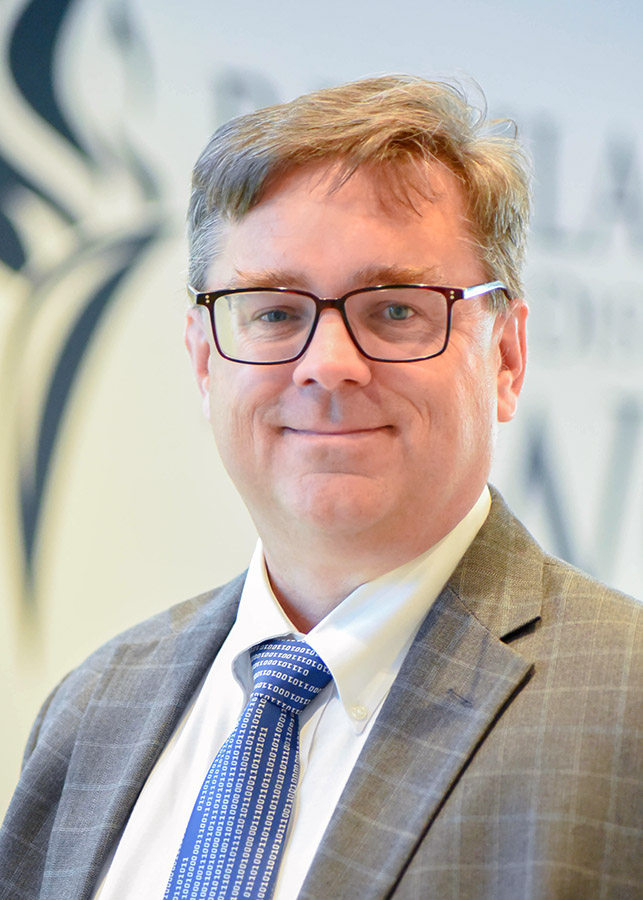 A glimpse into Tim's classrooms.