PR Prose: How we can end the era of CEO hubris

Posted May 1, 2017
By Dr. Shannon Bowen, professor in the public relations sequence
Reprinted with permission from PRWeek

After a few statements, United Airlines CEO Oscar Munoz finally got it right.

Munoz finally struck the right note after that horrible Monday statement about having to "re-accommodate" paying passengers and a leaked internal memo about how "belligerent and disruptive" Dr. David Dao was before being bloodied and dragged from the plane.

The incident involving Dao came fast on the heels of United’s "Leggings Gate," in which two buddy-pass riders were denied boarding due to their attire. And this week, United had another absurd mess with a couple on the way to their wedding destination getting booted from a plane.

It keeps piling on with United. It’s a meme-laden spectacle of a disaster only to be rivaled by the BP gulf oil spill — but at least some of that was accidental. United’s mess is self-inflicted through hubris alone.

Snapchat’s horribly out-of-touch CEO, Evan Spiegel, appears to have insulted "poor countries" India and Spain, in which Snap isn’t growing, creating a social media backlash and more effort spent on defending him than on expanding Snap. What Spiegel said or did not say about these countries is part of a California lawsuit, but the court filing is not the point. The more important perception is the horrifying arrogance and egocentrism that is on display for all around Snapchat to see.

The connection between these two ongoing disasters is that CEOs have entered an era of hubris. Hubris, of Greek origin, meant excessive pride or courageous foolhardiness in defiance of the gods. Hubris led to the creation of nemesis, an enemy or a downfall caused by an inescapable agent. The modern-day use of the terms lost the connection to the gods and nemesis, but it is worthy of considering in PR practice. What CEO would choose to actively create a nemesis in the media, on social media, or among stakeholders of the organization?

Hubris is the opposite of ethical rectitude. It seems to be at the bottom of both of these self-inflicted crises. If Munoz or Spiegel had issued an authentic apology immediately, either crisis would have lost steam due to segued outrage. Note that authentic apologies also fall into the domain of ethics, as characterized by truth, frankness, good intention, genuineness, and acting in concert with word and deed. However, United, perhaps due to legal and human resources counsel being in charge of the issue, chose to remain unhumbled, defiant, and offer ill-formed excuses based on "our policy." Therefore, hubris of the CEO created a nemesis — United customers.

Snap’s Spiegel tried to reclaim Snapchat as "an app for all," appearing insincere, even after being backed by Forbes. Where is the ethics driving modern CEOs? It reminds me of the seemingly masochistic remarks of prior CEOs such as Abercrombie and Fitch’s Mike Jeffries who said he didn’t want "fat" or "not cool" people wearing his brand.

Where is this CEO hubris originating? Is it from a broader lack of ethics, honor, integrity, and ethical standards across all of business? Modern day CEOs are starting to show a stunning disregard for ethical standards — such as dignity and respect for stakeholders and customers, the consideration of moral duties, and acting from good will. Those values seem to simply have been erased from the repertoire of CEO behavior in favor of showy, scintillating statements, ego satisfaction, ill-conceived social agendas, and flat out selfishness. These CEOs go so power mad that they forget a basic truth: customers pay the bills.

Hubris is considered unethical by philosophers for all of these reasons, but primarily because it cannot be logically sustained. It is ultimately self-defeating, unethical because it is based on selfishness, and not in alignment with the strategic goals of management. In short, it alienates paying customers because it does not offer them the basic dignity and respect that all rational people deserve. Hubris then creates a nemesis.

Is it any wonder that, according to Edelman’s Trust Barometer, trust in modern business is at an all-time low? When ethics is not only removed from the captain’s seat, but dragged off of the proverbial plane, the flight goes down in flames.

The best way to avoid having some poor PR officer dig a company out of a morass is not to create one in the first place through CEO hubris. Ethics has to be in the captain’s chair, driving all of the decisions of an organization from the CEO’s statements to the way front-line employees interact with the public. Putting respect back in the equation through encouraging CEOs to use ethical and servant leadership styles might stop the crisis of hubris that is at hand.

Using public relations as a conduit to understand audiences should be what a CEO does. He or she can tap into the beliefs, values, and ethical priorities of audiences through public relations counsel. Doing so requires an ethical awareness that is the opposite of hubris: the willingness to listen to the opinions of others. More consideration and less hubris can insulate an organization from losing millions in value — and, more importantly, from losing its ethical substance and fortitude. 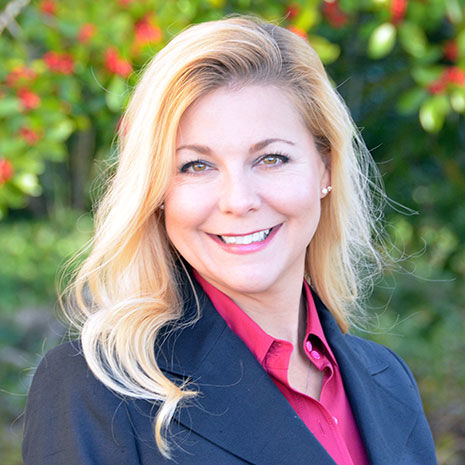