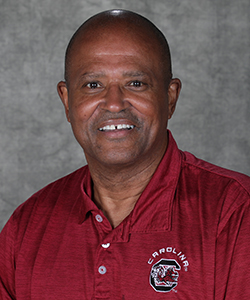 Bertram Rantin previously worked at The State newspaper in Columbia, where he covered local governments, education, non-profits, healthcare the military, the arts and sports, and he was the paper’s metro columnist for 15 years, focusing on community superlatives, volunteerism, nonprofits and other topics of human and special interest. Rantin also served as an assistant metro editor, assistant sports editor and special projects coordinator while at The State.

In recent years, Rantin has served as the public relations coordinator for the South Carolina State Fair and as a communications specialist for the Prisma Health hospital system. In the later role, he has conducted hundreds of video interviews with medical providers within the hospital system and was the editor-in-chief of a quarterly women's health magazine.

Rantin has conducted public relations and communications training sessions for local governments and institutions, including Richland County government and the University of South Carolina. He is a former member of the Lt. Governor’s State Essay Writing Competition task force.

Rantin has taught Mass Media Writing/Editing and Reporting the past 20 years in the School of Journalism. He served one summer as an instructor in the school’s senior semester program.