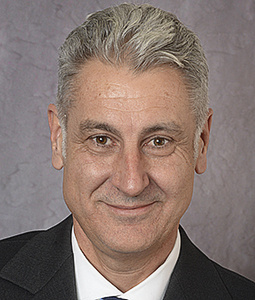 He received a Ph.D. in Clinical/personality Psychology from the University of Barcelona and a Ph.D. in Quantitative Methods from the University of Illinois. Among other awards, he has received a Fulbright Scholarship, the American Psychological Association Dissertation Award (Division 5), the Catalan Young Investigator Award, and the Cattell (Young Investigator) award from Society of Multivariate Experimental Psychology. He was elected President of the Psychometric Society in 2013 and he is currently section editor of Psychometrika. He has edited the volumes Contemporary Psychometrics (with J.J. McArdle), and the Handbook of Quantitative Methods in Psychology (with R. Millsap) and has published over 70 articles in refereed journals: https://scholar.google.com/citations?user=Ld1d9BMAAAAJ

His research interest focus on structural equation modeling and item response theory (IRT), and more generally in developing new quantitative methods. His early research focused on social problem solving (how individuals solve real life problems) and optimism. He is probably best known for his research on goodness of fit tests for very sparse categorical data (with applications to educational testing), and models for preference and choice (with applications to marketing but also to personnel selection). His most recent work focuses on goodness of fit testing of structural equation models, the use of instrumental variable methods to overcome common method bias, and statistical modeling of faking in personnel selection.

Maydeu-Olivares, A. (in press). Assessing the size of model misfit in structural equation models. Psychometrika.

Brown, A. & Maydeu-Olivares, A. (2013). How IRT can solve problems of ipsative data in forced-choice questionnaires. Psychological Methods, 18, 36-52.

Gallardo-Pujol, D., Andrés-Pueyo, A. & Maydeu-Olivares, A. (2013). MAOA genotype, social exclusion and aggression: An experimental test of a gene-environment interaction. Genes, Brain and Behavior, 12, 140–145