Our program will immerse you in Russian culture, language and literature. You'll love the innovative classes, committed faculty who are dedicated to your success, and engaged and motivated classmates. We offer a major and a minor in Russian.

Russian language can pave the way for many opportunities both in school and after graduation.

Russia today presents vast and largely untapped economic potential. Western businesses, law firms, consulting firms, and banks have established branches in Russia and have hired young Americans who speak Russian. Several businesses from the Columbia area have significant experience or investment in Russia. Other US companies active in Russia include Motorola, Ford, GM, and MTV. Be at the forefront of Russia's evolution into a massive market and one of the world's major suppliers of natural resources!

Try to imagine world culture without Dostoevsky's Crime and Punishment, Tolstoy's War and Peace, Pasternak's Doctor Zhivago, the paintings of Chagall and Kandinsky, the pioneering cinematographic techniques of Sergei Eisenstein, or the Russian ballet. Russian is the language of Empress Catherine the Great, Czar Nicholas II, Chekhov, Solzhenitsyn, Rasputin, Stalin, and Putin. It is also the language of some of the top athletes in the NHL and the world of figure skating. Read classics in the original, learn about the cultural context of your favorite book or movie, or add a new dimension to your enjoyment of such American film classics as Air Force One, Dr. Strangelove, The Hunt for Red October, and many of the James Bond movies! Can Sean Connery really speak Russian?

Russian scientists have made outstanding contributions to world scientific development. Russia is also the site of many important scientific research projects at UofSC. The Russian Program is fortunate to be able to encourage science students by offering awards from the prestigious Ludmilla Ignatiev Callaham Fund for Russian Language and Scientific Study.

National security concerns, combined with debates over the environment, "loose nukes," and the Soviet legacy, continue to make Russia a major player in international affairs. No longer Cold War adversaries in a superpower standoff, Russia and the United States are now working out new relationships, sometimes at odds, sometimes strategic partners in areas ranging from joint space programs to shared diplomatic initiatives. Several of the former Soviet republics—where Russian remains a key common language—have provided crucial assistance to the U.S. in its recent involvement in Central Asia, Afghanistan, and Iraq.

Russian Program graduates number among the most impressive at the university. Recipients of major national fellowships, such as the NSEP, Boren, Fulbright, Marshall, and Udall, they have gone on to exciting post-graduate opportunities, from graduate school at institutions such as Georgetown University, George Washington University, and Columbia University, to jobs all over the globe. As noted in a recent article on expanding opportunities for Americans who study Russian, "Whereas twenty years ago, only two career tracks might have been possible academia or government, today there are jobs available in the NGO sphere, in science, business, trade and journalism, to name but a few." UofSC Russian Program graduates have found exciting employment in government service, business, the Peace Corps, teaching English in Vladimir and Tomsk, and working for non-governmental organizations in Russia and the U.S. Especially in the light of recent world events, demand for qualified Russian-language experts to fill national security jobs has been greater than the pool of available applicants.

The Ludmilla Ignatiev Callaham Fund for Russian Language and Scientific Study was established in 1994 by John Callaham in memory of his wife, an accomplished and well-known scholar. The objective of the fund is to encourage the study of Russian language in conjunction with scientific, engineering, or technical studies.

The scholarship money must be used for tuition at UofSC or internship in Russia or in a Russia-related research project in the United States.

Looking for more specific information, like what classes you'll need to take to graduate, learning outcomes, and which classes we offer? The academic bulletin is the university's official document of record concerning undergraduate-level academic programs and regulations.

Applications to the University of South Carolina are handled online and there are options for you to apply as an undergraduate or to graduate school.

Learn How to Apply » 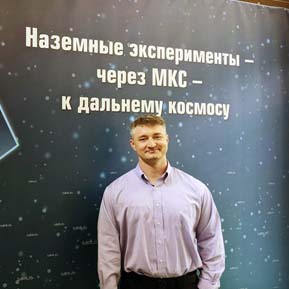 William Brown, 2011 UofSC Russian graduate and 2020 UofSC Master's of International Business, has done it all: US military service in Iraq, work in the computer science field, and a Boren fellowship year in Kyrgyzstan funded by the US government's National Security Education Program. But Brown gives spcial credit to his experiences as a UofSC Russian major for his latest achievement: an eight-month stint in Moscow on a NASA spaceflight stimulation study.