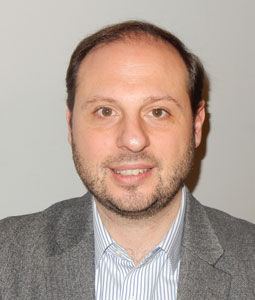 Rosario Pollicino, is currently an Instructor in Italian Studies at the University of South Carolina, Columbia. He holds a PhD in Comparative Literature from Western University, Ontario an MA in Italian Literary and cultural Studies from the University of Connecticut and an MA in Pedagogy of Italian as a Foreign Language from the Università per Stranieri di Siena. He is co-editor of “Italian Experiences of Trauma through Film and Media” with Cambridge Scholars Publishing (2022) and is completing his book manuscript which aims to retrieve the Italian settlers’ collective (and traumatic) memory originating from the colonial period in Libya. His scholarly articles have been published in Quaderni d’Italianistica, NeMLA-Italian Studies, InVerbis among others.

He also specializes in the pedagogy of Italian as a foreign/second language, particularly in the investigation of new approaches to face-to-face and online teaching. He has been teaching Italian language, literature and culture for 12 years in both the lower and the upper-division section of the curriculum as well as French and Spanish language courses. Before joining the University of South Carolina he taught at the University of Tennessee, the University of Connecticut, Fordham University, St. Johns University, Wagner College, amongst others.

From 2013 to 2017 he served as Directory Board member and Italian Language Education Director of the non–profit organization New York Italians, New York City.